A great place to get good and lost

There’s something alluring about the desert. Maybe it’s the crustiness of its hardened inhabitants, the solitude that’s inevitable in any harsh landscape or the beauty of a landscape beaten, weathered and stretched out as far as the eye can see.

Last month, we took a trip out west to St. George, Utah so my husband could run the Iron Man out there. (More on that later.) St. George is a pretty little town set against bright red cliffs and is the launch pad to Zion National Park. If you’re not the outdoorsy type, though, there isn’t much to do in those there parts and finding a drink is harder than you’re probably used to.

Since we were in the area we went to visit Zion. While we couldn’t do any real hiking due to the aforementioned Iron Man and the fatigue that naturally follows, we did walk around some of the easier paths. Just driving through the park even is impressive. There were some interesting rock formations, where the “grain” of the rock (so to speak, not up on my geology terms) would be horizontal, then almost vertical and so on from ancient sand dunes that were blown every which way before becoming solidified. While Zion is beautiful, it’s kind of gone the way of Yellowstone: so overcrowded it’s almost like Disneyland. I’m sure there is some peace to be found, however, on some of the more arduous hikes. 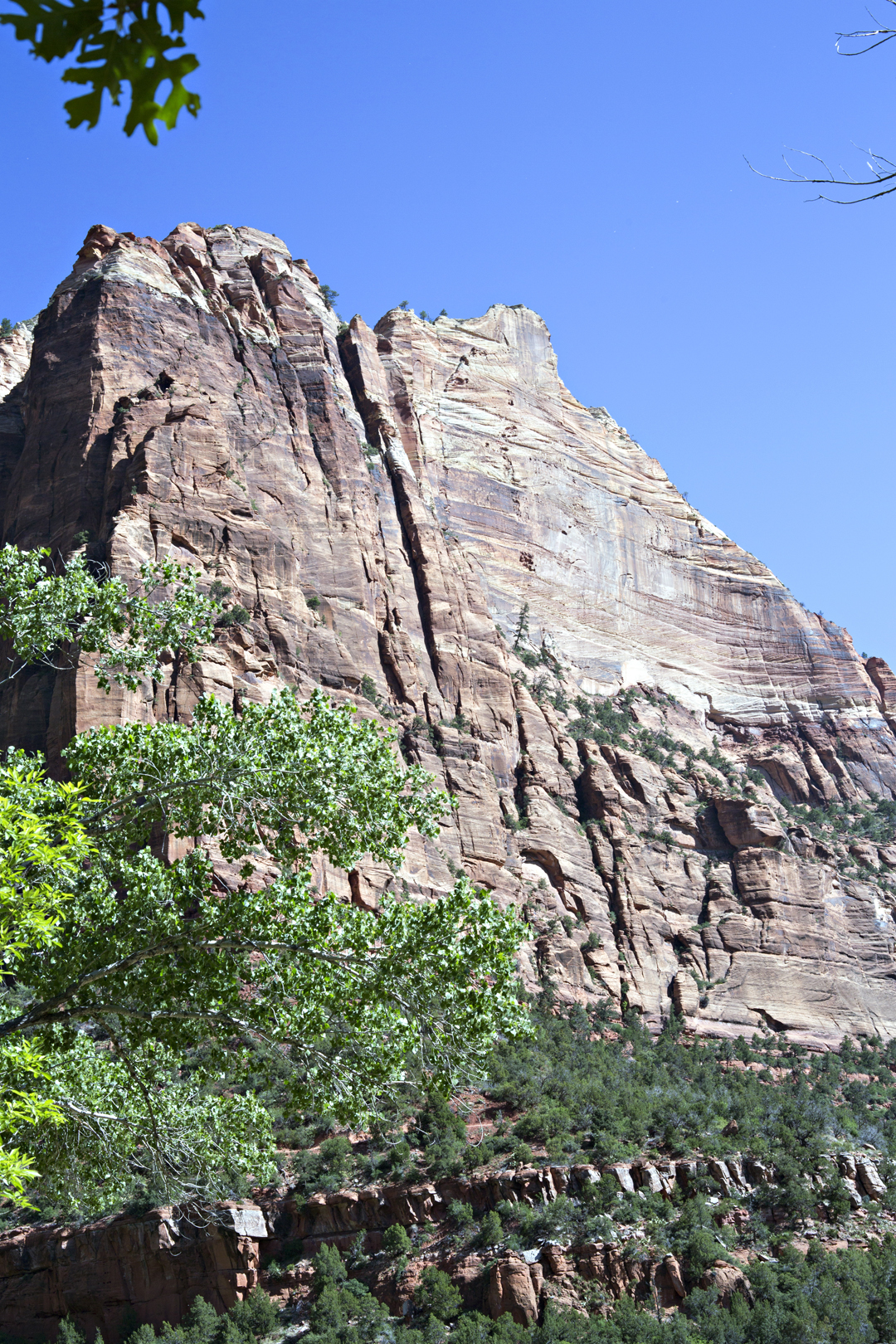 One of Zion’s peaks. 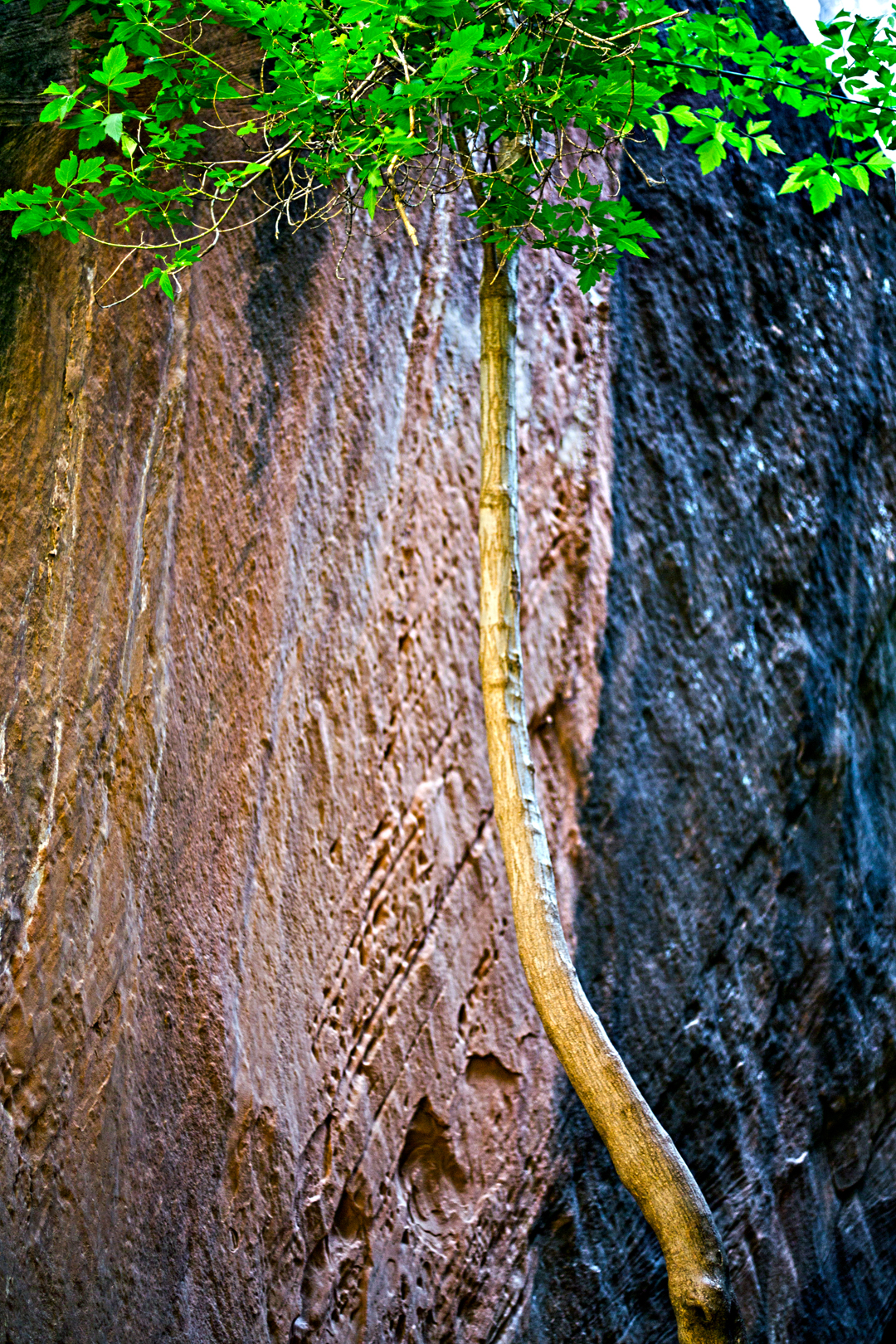 Next up, we went to Bryce Canyon which is a little over an hour drive from St. George. Bryce Canyon is definitely the better national park. It has some unique geological formations, the most notable being the field of spires called hoodoos. The landscape is reminiscent of the Cappadocia region in Turkey, except that nobody has ever made homes out of these hoodoos. While walking the rim of Bryce Canyon offers stunning views, the more interesting hike is under the rim, in the “fairylands” and amongst the spires. Hikers must be careful to stay on the trails, though, as a bar tender informed us that people are always getting lost out there and having to be rescued. What a great place to get good and lost. 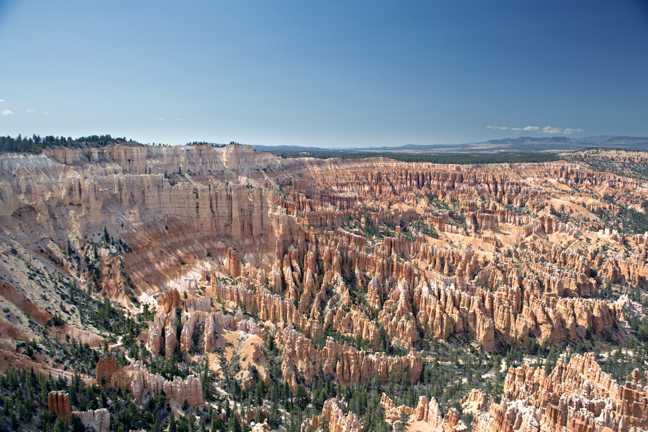