On the last leg of our journey, we headed further west to the Skeleton Coast and then all the way down the coast to Swakopmund. As we headed west, the terrain started to change pretty quickly. The foliage became far and few between and the land turned rugged, rocky, then finally sandy as we entered the Namib desert. While there is really not a lot to do between Etosha National Park and the north entrance to Skeleton Coast Park, it was an interesting drive nonetheless with constantly changing surreal landscapes. While we didn’t see any living giraffes in the wild, we did find evidence of them. This poor little dude got caught in the hoof and mouth fence, a fence kind of around the perimeter of the country separating where there is hoof and mouth disease from where there isn’t. Livestock and meats are not allowed in. 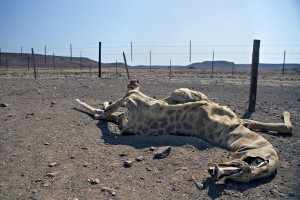 After passing the giraffe skeleton, obvious signs of life became even more sparse and the landscape started to look almost like another planet. The only thing of note that lives in this area is the Welwitschia (which we of course nicknamed the “velveeta” plant). In addition to being incredibly hardy, these plants are some of the oldest flowering plants in the world, with their lifespan covering 1000-2000 years and beyond. They are sometimes referred to as “living fossils.” As you can see, there really isn’t much else out here. 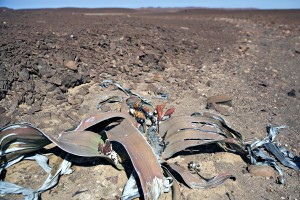 Once we got closer to the coast the rocky terrain turned more to sand. The Skeleton Coast originally got its name from the whale and seal bones that adorned it back during the whaling days and then kind of continued on to refer to the numerous shipwrecks along the coast that resulted from dense fog and offshore rocks. On the note of the shipwrecks, all the guidebooks and the locals kind of laugh because the shipwrecks are pretty piddly. This is the wreck of the South West Sea. 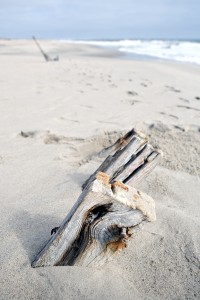 As you can see, there isn’t much to it. Due to better navigation systems and GPS, wrecks aren’t as common as they used to be, but we did see a few newer, and much more awesome looking shipwrecks just outside of the national park proper, including one they were still unloading shipping containers off of. According to the fisherman we met on the shore, this shipwreck is from 2008. 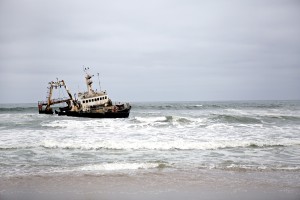 There were plenty of other awesomely dilapidated things along the coast to check out along this desert coast, including this abandoned bus and old oil derrick that has seen better days. I’m guessing it didn’t produce much and it was just cheaper to leave it there. 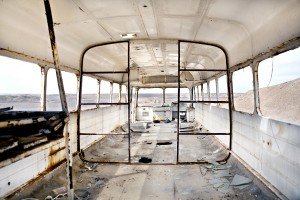 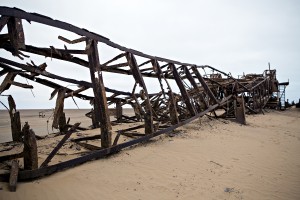 Also along the trek south we visited a seal colony. It was something cool to do since I have never really seen one before, but as you can imagine, animals whose diet is mostly fish smell horrible. I love cute and cuddlies just as much as the next animal lover, but there’s something lost when the smell is so bad I nearly throw up in my mouth a little bit. Three of the four of us will probably never visit a seal colony again, but one of my travel mates couldn’t get enough of these adorable little guys. I think it’s safe to say that if you have never visited a seal colony before, you have a 25% chance of thoroughly enjoying yourself. 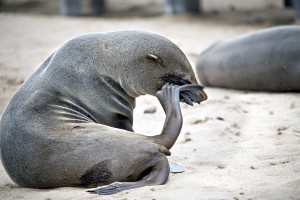 After stopping for a night in the quaint Henties Bay, we headed on to Swakopmund, aka “Swakop,” which is pretty much the main vacation spot for Namibians. Swakop is a pretty nice little beach town with a decent aquarium, shops, and about all the seafood you can stuff your face with. The town is pretty quaint, with a throwback to colonialism in style. It’s definitely pretty pristine looking for a beach town despite the fact that in addition to the salt they also have to worry about sand storms causing wear and tear on building facades. 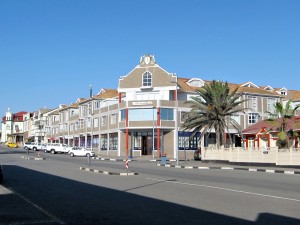 It also has a bunch of adventure-like activities, like rolling down sand dunes in a giant bubble. Most of the sand dune oriented activities are based out of its sister city to the south, Walvis Bay. While we didn’t do any dune buggying or anything, we did at least climb Dune 7. We also found a pretty wonderful guest house that was a decent price and included a living area and a small kitchen. It’s clearly a place where families come to set up camp for a week or so. 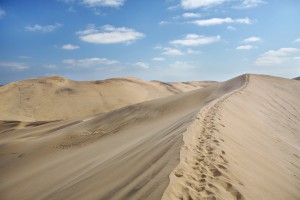 After Swakop, we headed back to Windhoek just for the night before our flights the next morning. That’s the end of this adventure! If you want to see the complete set of photos from our trip, head to my Flickr page. 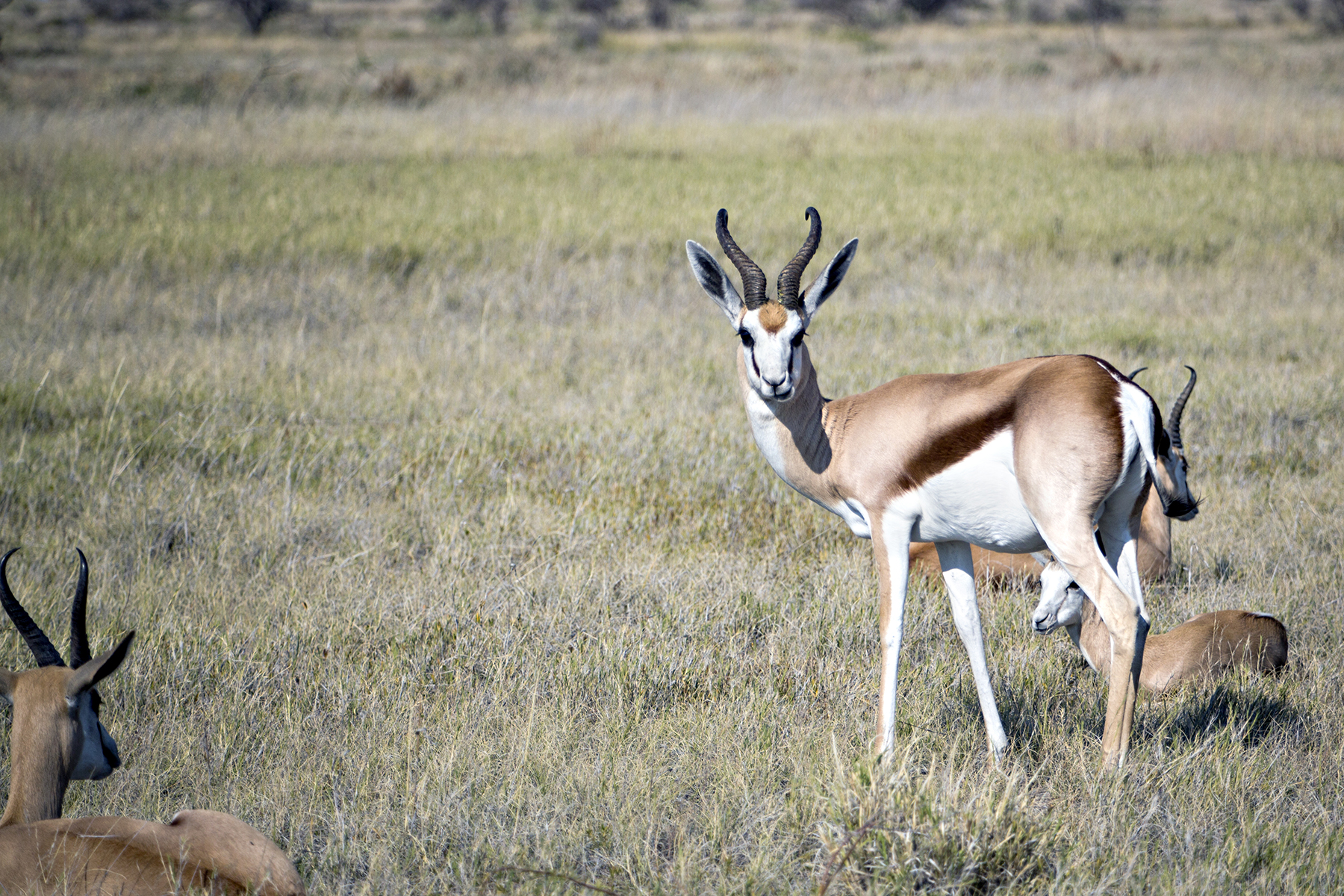 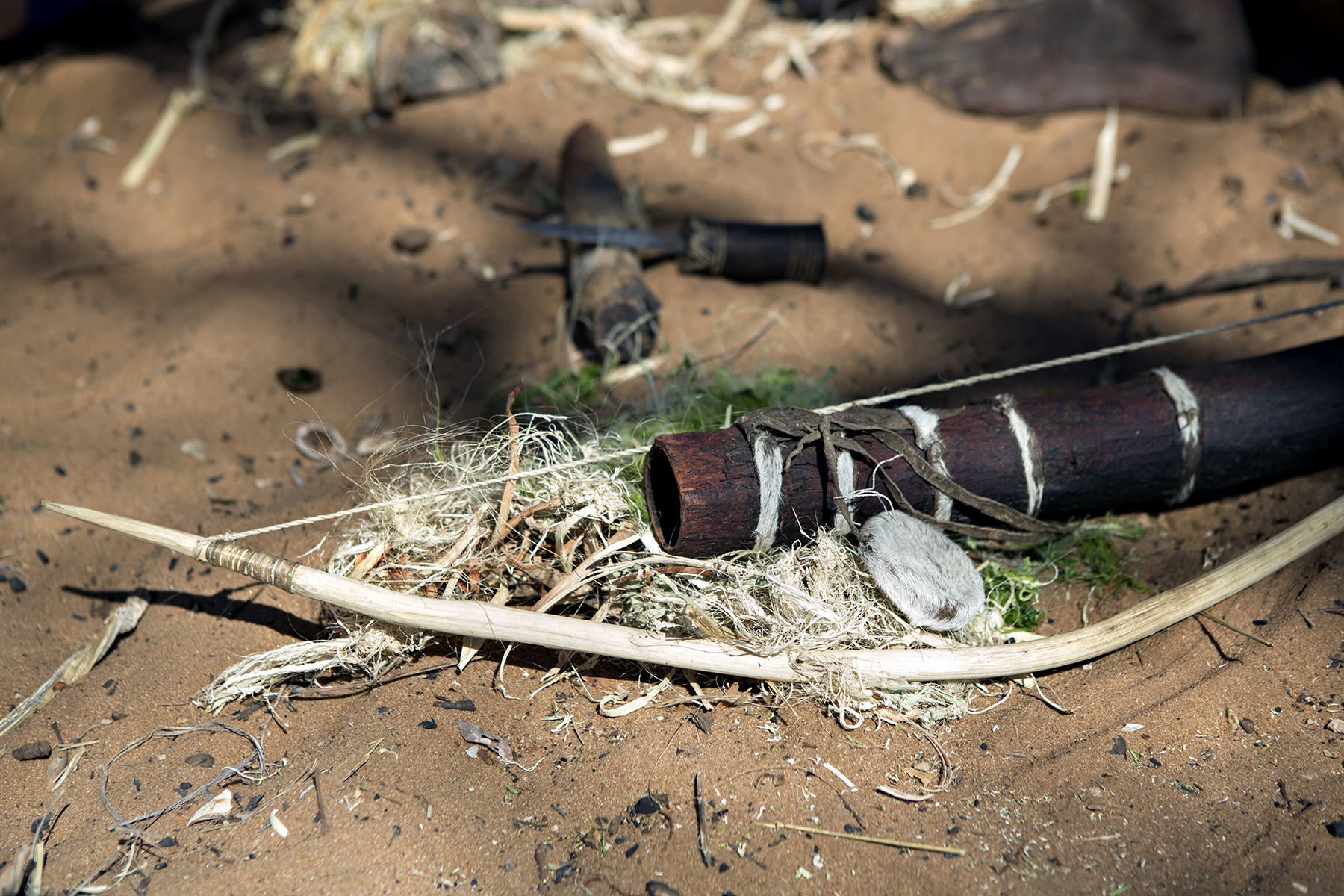